Stylish and beautiful Nigerian music diva, Seyi Shay is one of the few songstress who has become a force to reckon with in the music industry.

Seyi Shay story is from grass to grace, moving steadily to the top with lots of amazing songs to dish out.

She has been one of fans favorite alongside the likes of Tiwa Savage, Niniola and of course the fast rising star, Teni the entertainer.

Her love for music keep soaring with her lovely vocals to back up.

Ever since she came to limelight, she has been one of the most sought after Nigerian songstress while performing at different top shows, one of the notable moment is her performance at the Big brother Naija season 4.

But the question comes down to what do you really know about her?

She was born and bred in Tottenham, London, England to a Nigerian parents. Her father is from Ife in Osun State while her mother is from the northern part of Nigeria.

Seyi Shay who grew up in a religious setting alongside his siblings; two elder brothers and an elder sister, were raised by their mother.

She started to visit Nigeria at the age of 2 where she had attended the Command High School, Lagos. Of course she went back to London for her undergraduate studies where she studied Business Management at the University of East London.

Seyi Shay started singing at the age of 14 while being part of the Secondary school choir.

She later performed for the London Community Gospel Choir during their world tour which included 13 cities in Japan and of course she was really applauded for her performances.

All thanks to her background as her interest in music was influenced by members of her household. Her late mother was a chorister, her sister is known to compose songs for television series while her brother was a radio and club disc jockey.

Seyi Shay’s music career became a reality after she signed her first ever record deal “No Apology”, a record label company affiliated with George Martin. She wrote and produced three songs for the soundtrack to Konami’s video game ‘Crime Life: Gang Wars’. She also wrote the song “You Will See” on Melanie C’s third studio album “Beautiful intentions”.

She was also known to have signed a record deal with Sony Columbia Records and Music World Entertainment in London, United Kingdom which was managed by Mathew Knowles

Seyi soon get to know Sound Sultan during his visit to London in 2011 which resulted in Sultan convincing Seyi Shay to relocate to Nigeria and pursue her music career after listening to some of her demos.

Seyi Shay finally launched her solo career in Nigeria after being signed to “Flytime Music” record label by Cecil Hammond.

She eventually came to limelight with the star studded joint on “Murder” alongside, Patoranking and Shaydee.

And ever since she rose to fame, she has been dropping hits after hits with her recent one “Gimme Love” featuring Runtown becoming a radio rotation.

Seyi Shay is simply a versatile singer with music genres of Afro-pop, R&B and Reggae.

She has worked with top artiste across the globe which include; Wizkid, D’Banj, Sarkodie, Runtown, Kizz Daniel, Timaya, Patoranking, to mention a few.

Asisde music, she has also starred as Lara in the blockbuster movie, Lara and the Beat in 2018

Seyi Shay is still much single. She once disclosed that she ain’t ready for marriage in year 2019 as she has a lot to serve her fans as concerned her music career.

Seyi Shay is not left out with accolades to show forth for her effort in the music industry.

She has received numerous awards such as:

She has also received several nominations which include:

Seyi Shay signed an endorsement deal with Etisalat in November 2013 which is believed to worth millions of naira.

She is one of the most influential Nigerian music diva with an estimated net worth of $2.1 million. 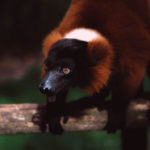 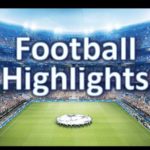 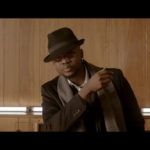 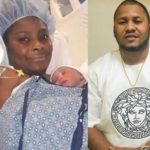 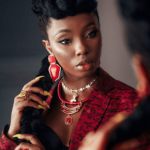 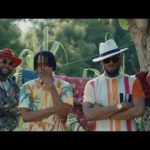