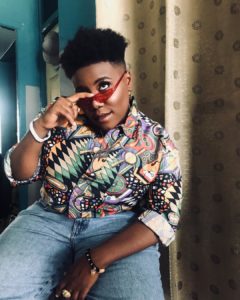 Teniola Apata who is well known as Teni the Entertainer is a talented Nigerian singer and songwriter born on December 23, 1992 in Lagos state.

She’s originally from Ekiti state and a younger sister to the afro-house singer, Niniola.

Teni who is popularly known for doing covers of songs and freestyles on instagram, rose to fame with her hit single “Fargin”, a story telling song that caught the attention of music lovers with her unique style of music and good lyrical prowess.

Ever since she had a breakthrough in the Nigerian music industry, she has released a couple of hit songs back to back from Wait, Pareke to her recent one ‘Askamaya’ which was accompanied with a lovely colorful visual directed by Paul Gambit.

Here are the 10 other interesting thins you don’t know about her.

1. She’s from a family that loves education.

2. She’s a graduate of University of Georgia.

3. She started doing music at age 2. She played drums fro past governors of Lagos state such as Mohammed Buba Marwa, Bola Ahmed Tinubu and Babatunde Fashola.

4. She started music professionally in 2016 with the release of her first single “Amen”.

Watch Video for Askamaya below: