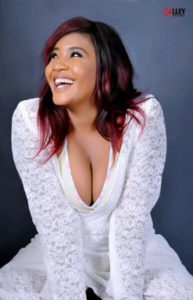 Ayomide Dawodu is one of the prominent yoruba actress endowed with beauty and talents.

She’s an actress and movie producer based in Abuja part of Nigeria.

Ayomide Dawodu is the second child in a family of four and attended Dive primary primary school for her primary education.

She went to 3 secondary schools but got her West African Examination Certificate at St Annes College, Molete, Ibadan before proceeding to Lagos state university where she studied Accounting.

Ayomide Dawodu who always had pasion for acting since childhood, draws inspiration from the likes of Joke Silva, Bimbo Akintola, Funke Akindele-Bello and Omotola Jalade-Ekeinde.

She joined the movie industry in 2010 through a caucus in Abeokuta, Ogun state before relocating to Lagos in 2011.

Ayomide Dawodu came to limelight for her role as Afeez Eniola‘s wife in the television series “Ojowu” as produced by Bayo Tijani.

The beautiful actress has starred in numeorous movies including Aja, Soko Soja, Tani Were, Omo Iya Alagbo, Egungun Eja, Omo Oloja, Aroba and so on.

Ayomide is not married, she revealed what she wants in a guy as God fearing, faithful, goo looking and caring.

See more of cute pictures below: 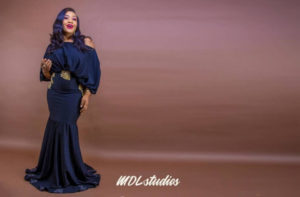 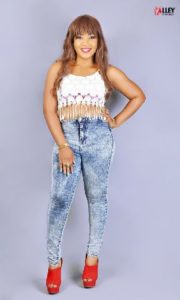 Gallery image with caption: Who Is Fiokee? Biography | Age | Net Worth | Pictures