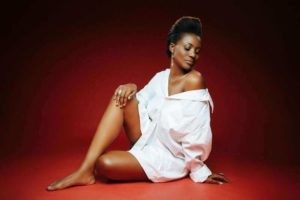 Nkiruka Kiki Omeili is a Nigerian actress, producer, television personality and entrepreneur born on May 31, 1980.

She was born and bred in Lagos and originally hials from Nimo, Njikoka local government area of Anambra state.

She is the second child in a family of four children born to her father, Mr Charles Omeili ( a retired general manager at First bank) and her mother, Mrs Maureen Omeili who was a controller a prisons in Ibadan, Oyo state part of Nigeria.

She also obtained a medical degree from the College of Medicine, University of Lagos in 2006.

Kiki Omeili started acting at an early age in secondary school while participating in school dramas and stage plays. She began professionally in 2011 where she joined the Nigerian movie industry and auctioned for a role in a television series “Behind the smile” and hence played out a supporting role.

She came to limelight with her intriguing role as Lovette in the television series “Lekki Wives”.

In 2012, she featured in a movie “Married but living single”Where she played alongside Funke Akindele-Bello, Joseph Benjamin, Femi Brainard and Joke Silva.

Kiki Omeili has starred in more than 50 Nollywood movies including; The Valley Between, Gidi Culture, Footprints, Binding Duty, Oblivious, Sting, Echoes of Silence, Light in the Dark, Nowhere to be Found and many others.

The beautiful actress is also known for her role in the 2015 crime caper, Gbomo Gbomo Express alongside Gideon Okeke.

In 2016, she also starred in the movie “Couple of Days” which was well received among the viewers, recording a success as getting wonderful reviews from movie critics and in May of that same year, she featured in a short film “Iterum” alongside Paul Utomi, directed by Stanley Ohikhuare. 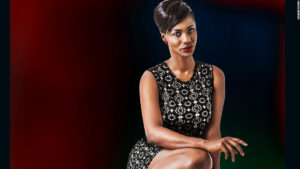 On May 2016, Omeili shows her versatility as a movie producer with a short file titled “Unprotected” where she also played the lead character while featuring the likes of Eric Didie, Bimbo Ademoye, Blessing Ambrose and Nathan Kingsley.

Kiki Omeili is an amazing actress with numerous accolades to her name. She has been nominated and has won several awards in Nigeria and abroad.

In October 2012, she received the award for the Best Actress in a supporting role at the 17th African Film Awards. She was listed among the top 25 New Faces of Nollywood by Nigerian Entertainment Today, also listed by Nigerian tabloid newspaper ‘The Sun’ as one of Nollywood’s fastest rising stars earlier in 2014.

Kiki Omeili was nominated for the TV Actress of the year at the Exquisite Lady of the year (ELOY) Award in November 2014.

She won the award for Best Supporting Actress for her role in “Sting” at the 2015 Global Icons Academy Movie Awards (GIAMA).

Omeili won the Best Supporting Actress of the year at the 2016 City People Entertainment Awards.

Kiki Omeili is one of the prominent and most sought after actress in Nigeria with an estimated net worth of $500,000.