The man behind many Nigerian hit songs, Cracker Mallo is one of the talented producers who is making waves in the music industry.

Cracker Mallo whose real name is Ayodeji Olowu is a Nigerian singer, song writer and producer born on August 18, 1996 in Lagos State.

He attended Havilah Crest private School and Murtala Muhammed Airport School for his primary and secondary education. He also obtained a Bachelors degree in Building from the prestigious University of Lagos.

He also plays instruments such as Drum, Sampler and Keyboard.

Ayodeji finally settled for Cracker Mallo after series of aliases such as ‘Drum Head’ and ‘Cracker Beats’.

He released his 6 tracks EP “Sugarbanana” in 2017. His first production credit was on D’Banj’s hit single “Issa Banger” featuring Slimcase and Mr Real.

Cracker came to limelight in 2019 after his magic finger on Fireboy DML “Jealous” which was well received across the country. He later released his first single under his own name, titled “In A Jiffy” which was an attempt to explore the Afro Swing sound.

Listen to his song “In A Jiffy”.

Cracker Mallo has produced lots of other hit singles such as D’Banj’s ‘Issa Banger’, Mayorkun’s ‘Sope’, ‘Vector Mad’ and so on. 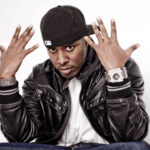