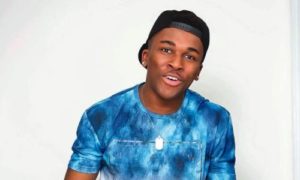 Twyse whose real name is Ereme Abraham, is a popular Nigerian comedian, video editor and Instagram sensation known for his comedy skits online.

Tywse came to limelight for his comedy skit “My Mum slapping a pan on my maid in the kitchen” which was posted by Aphrican Ape and Krakstv on their page and in turn attracted lots of followers.

He is well known for his creativity, passion and consistency. In what started as a result of boredom looks like what is now a full time job.

Lets get to know more about him in full details.

Twyse Ereme who is from Edo state part of Nigeria, is the only child of his parents. 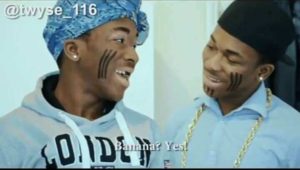 Twyse who has done more than 100 comedy videos also run a series Twyse and Family. It is a three part series which is an interrogation of all the members of the Twyse family; Daddy Tobi, Mummy Tobi, Tobi, Taofeek, Sade, Ridwan, Gradma and of course the talented comedian Aphrican Ape.

Twyse and Family tries to incorporate real life situation of African home to the screen.

The uniqueness of the characters he creates is what made him stand out. It’s an impressive one from him as it shows that he’s not only good in production but can also act very well.

Twyse has a lot of endorsements from top brands such as Sunlight, SureBet, Orijin and so on.

Watch comedy video “Twyse and Family (The Movies)” below:

5 thoughts on “Who Is Twyse? Bio , Profile, Wiki, Net Worth & Pictures”