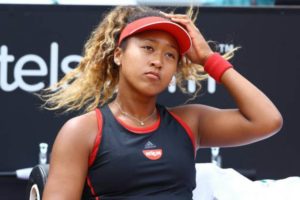 Osaka became popular after emerging winner of the 2018 US Open and 2019 Australian Open.

Although she is quite a gentle type but her style of play is an aggressive one with excellent raw power most especially her forehand and her serve.

Lets get to know more about Naomi Osaka form her background to her parents, personal life, career and net worth.

Naomi Osaka was born in Chuo-ku, Osaka in Japan to an Haitian father, Leonard Francois and her mother, Tamaki Osaka from Hokkaido, Japan.

Osaka is of mixed ethnicity of Japanese, Haitian and American. She also has an older sister named Mari, a professional tennis player.

She grew up in Haitian household in New York and currently resides in Boca Raton, Florida. 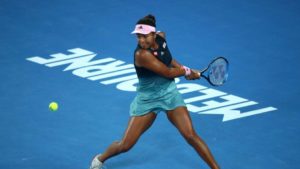 Both Naomi and her sister Mari were trained by their father who was inspired to teach his daughters how to play tennis after watching the William sisters compete at the 1999 French Open.

Osaka’s family had moved to Florida when Namoi was eight years old so that they could have better opportunity to train. Their father beagn coaching them once they settled in the United states.

Naomi practiced on the Pembroke Pines public courts. At the age of 15, she began working with Patrick Tauma at the ISP Academy and in 2014, she moved to the Harold Solomon Tennis Academy. She later trained at the Proworld Tennis Academy.

She came to limelight at the age of 16 after defeating former US Open chanmpion Samantha Stosur in her WTA Tour debut at the 2014 Stanford Classic.

Two years later, she recahed her first WTA final at the 2016 Pan Pacific Open in Japan. 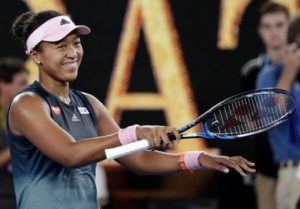 Osaka became known in 2018 when she won her first WTA title at the Indian Wells Open.

Naomi Osaka is one of the most influential Japanese tennis player with an estimated net worth of $8 million dollars.