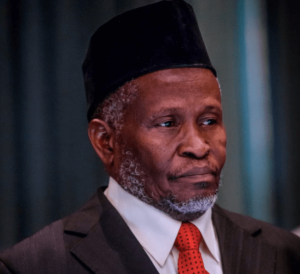 Tanko Ibrahim Mohammed is a Nigerian jurist and justice of the supreme court of Nigeria born on December 31, 1953.

Muhammad came to prominence after being appointed as the acting Chief Justice of Nigeria (CJN) by president Muhammadu Buhari.

Justice Walter Onnoghen was suspended and Tanko Muhammad became the next in line but the question remains is it right for the president to remove the sitting CJN or not? lets get to know.

According to the Nigerian constitution, a sitting CJN can only be unseat by the president only if two two-thirds majority members of the senate are in support.

Nevertheless, here is everything you need to know about the acting CJN from his biography, profile to his date of birth, origin and career.

Tanko Mohammed who was born on December 31, 1953, is originally from Doguwa, Giade local government area of Bauchi state where he had his primary school education.

Mohammed also attended Government Secondary School, Azare from 1969 to 1973. He obtained a bachelors degree in Law at the Ahmadu Bello University (ABU), Zaria where he also obtained his masters and doctorate degree in 1984 and 1988 respectively. 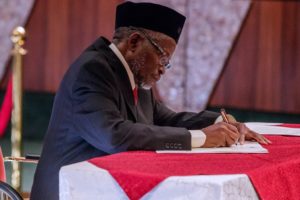 Tanko started his career as a magistrate in 1982 after being called to bar. From there, he rose to the position of senior magistrate grade II from 1984 to 1986 and was appointed the provost, College of Legal and Islamic Studies, Bauchi from 1986 to 1989.

Muhammad was appointed as Chief magistrate of the high court of Federal Territory in 1990, a position which he held till 1991 when he became a judge of the Sharia Court of Appeal, Bauchi state.

The acting CJN was elevated to the position of Justice of the court of appeal in 1993 where he served til 2006.

Tanko Mohammed was appointed Justice of the Supreme Court of Nigeria in the year 2006 and was sworn in on January 8, 2007.