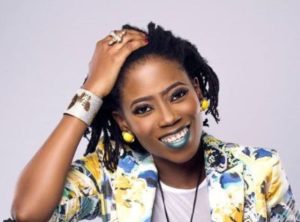 Popular Lagos On Air presenter, Tosyn Bucknor has passed away aged 37 after being reportedly found dead at home.

The media personality was said to have died due to complications arising from her battle with sickle cell anemia.

Not so much is known about her and here some of the little facts we have been able to gahther.

She was born Oluwatosin Bucknor and obtained a degree in Law while she also attended The Nigerian law school.

Tosyn had aspired to be an actress, singer and writer before she found out her way into radio.

She started her radio career as an intern at Eko FM with comedian Tee A before moving to Cool FM as a youth corper.

Tosyn had also worked with Top Radio where she became the only female to host a radio breakfast show in Lagos which earned the title “The Voice of Lagos”.

Just before her death, Tosyn worked at the Inspiration FM where she hosted the lunch hour show.

Aside being an OAP, Tosyn was also a singer and songwriter who had an album to credit titled “Pop, Rock, Soul and Jara” of which two of her songs where used as soundtracks for the short film “Ireti”.

Tosyn Bucknor was also married to her French boyfriend Aurelien Boyer on November 15, 2015.