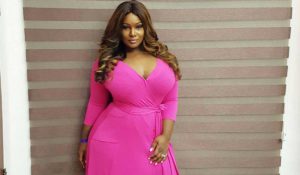 olu Oniru who is popularly known as Toolz is a Nigerian radio personality, talk show host and presenter born on July 6, 1982 in London.

Toolz who was born into Oniru Royal family of Lagos state, had her primary education at Talbot House preparatory school in Bournemouth, UK and her secondary education in Nigeria before relocating back to abroad to study at City of Westmonster College.

She also obtained a degree in Business and Mass Communication from London Metropolitan University.

Toolz had worked with MTV Europe and Walt Disney Pictures in the United Kingdom before her return back to Nigeria.

She now host The Midday show on the Beat 99.9 FM. She has also been apportuned to interview sevearl celebrities on her talk show ‘The Juice” which include the likes of Yvonne Nelson, Davido, Rita Dominic and many others.

The popular OAP got married to her husband, Tunde Denuren in a white weeding ceremony in 2015. 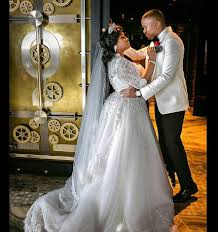 She was said to have been pregnant few months after her wedding but had reportedly lost the baby due to miscarriage.

The bold, beautiful and curvy OAP was nominated for favourite Nigerian On-Air-Personality at 2014 Nickelodeon Kid’s choice Awards. She has also won several awards including:

– Radio Presenter of the year at 2010 Nigeria Broadcasters Awards and 2010 Dynamix All Youth awards.

– Media personality of the year at 2012 Nigerian entertainment award.

Tolu Oniru is regarded as one of the most influential on air presenter in the country with an estimated net worth of $110,000 USD.

Here are 5 other interesting facts about the highly endowed OAP.

2. She is the daughter of Oniru of Iruland Oba Abiodun Obiru.

5. Toolz and her beau had their traditional wedding in Lagos which was attended by clebrities and royalties alike including; Oba Lamidi Adeyemi, Oba Saheed Adenola Elegushi, Oba Adeyeye Enitan Ogunwusi, Banky W, Wizkid and so on with the evnt being anchored by Foluke Ogunjimi known for a TV programme called “Sokoyokoto”.