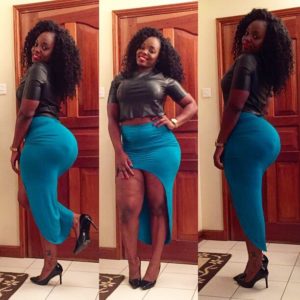 She’s quite beautiful and her hips is one of a kind just like her South Africa socilaites counterpart, Faith Nketsi.

Apart from being known for Nairobi diaries reality show, Risper Faith is also known as a twerk queen who has appeared in a number of music videos including “Money Maker” by the Kenyan dancehall sensation, Blaqy.

In 2014, the curvy model had a ghastly accident which had left with a broken nose.

She did a liposuction surgery in 2017 just to remove the fat from her body, especially to have a tiny waist.

See another photo of the endowed lady below: 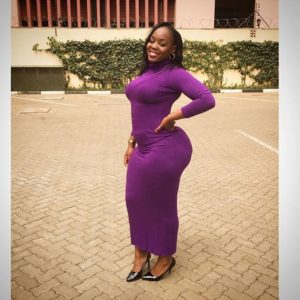 In february 2018, Risper Faith got married to her fiance Brian Muiriri in a white them wedding held at Radisson Blu hotel in Nairobi, Kenya. 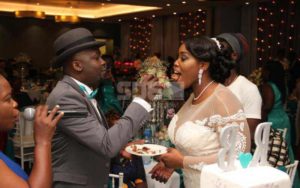 Let’s not forget that she’s also an entrepreneur who owns a liquor store and sells her own branded water called Liquorice.

She’s quite successful as she owns a house (Mansion) situated in Nairobi suburbs.