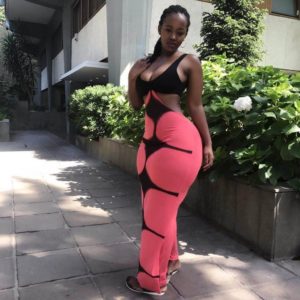 Corazon Kwamboka who is the first born of the 10 children born to her parents, also had other siblings including brothers and sisters.

She attended Lwak Girls High school for her secondary education and obtained a degree in law from University of Nairobi.

She later joined Kenyan school of law and was admitted to the bar in November 2016 where she posted photos of her in lawyer’s gown and wig.

The curvy socialite came to limelight after semi-nude pictures of her began making rounds across the internet and then she became knwon for her voluptious backside.

The Nairobi beauty who is also known as Lily The Genie, is an entrepreneur who own a clothing line and also launch a talk show, The Corazon talk show. 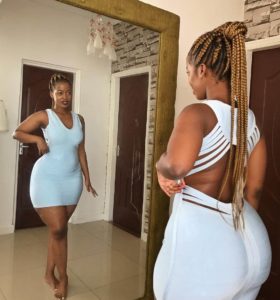 Even though Corazon Kwamboka net worth is still unknown, she do have a lot of properties and businesses.

She has two houses, the first which is an eight bedroom mansion, was bought in 2014 and the second house in 2016.