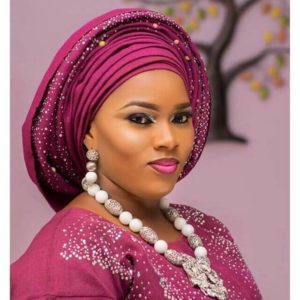 Tokunbo Oke is a fast rising Nigerian actress and movie producer born and raised in Abeokuta part of Ogun state.

She is a single mother of two children who are also residing in America where she often come to Nigeria for acting.

Tokunbo is known for her roles in the Yoruba movies having carved a niche for herself with her excellent delivery of scripts.

Tokunbo started acting professionally in 2005 where she joined the Waheed Ijaduade theatre group and got her first role in the movie “Aditu” as produced by Olaiya. She produced her first movie “Atona” and has starred in numerous movies such as “Ameerah” and “Ise Onise”.