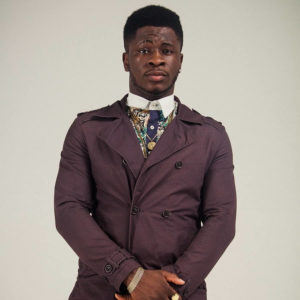 Craze Clown whose real name is Emmanuel Ogonna Iwueke, is a popular Nigerian comedian, actor and master of ceremonies born on December 24, 1991.

Emmanuel is the third child in a family of five children, four boys and a girl born to their parents Mr Uchenna Godwin and Mrs Grace Acheche.

He is dark in complexion, a very good height and weigh 80kg.

His dad is from Imo state while his mum is from Edo state and they are basically into the same line of business which is Pharmacy.

Emmanuel who was born and bred in Nigeria, had relocated to Ghana to pursue his education. He attended Delta state University, University of Maiduguri, University of Legon in Ghana and Kharkiv National Medical University in Ukraine where he studied Medicine.

Craze Clown as fondly called, started showing passions for entertainment in high school where he was a leader in acting and social events. He became known for his short comedy skits on YouTube and rose to prominence in 2013 with his Instagram comedy skits portraying relationships between African fathers and their sons.

Craze Clown has been able to gain large followers on Instagram more than the other Nigerian comedians due to his natural comic personality. 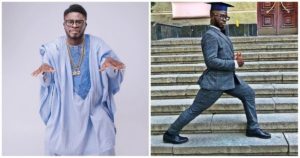 Here are the 10 other interesting things you don’t know about him.

1. He intends to create a viral TV show titled House of Craze.

2. He is the Chief Executive officer of House of Craze which has five members including Kehinde Solomon known as shortman, Tega Akpoborne known as Ade, Jaunty a producer, artiste and song writer and Sammy the media specialist and IT guy.

3. He has a website houseofcraze.com to enable his fans to keep in touch with his latest updates. He also sells T-shirts, caps with funny inscriptions on them.

4. He mentioned his role model to be the likes of Eddie Murphy, Kevin Hart, Basket Mouth and Bovi.

5. He was a major performer and host at the Mr Eazi live concert event at Kharkiv on August 15, 2016.

6. Craze Clown was the lead character in the video for Yovi’s single “Amen remix” featuring Lil Kesh and Mayorkun.

8. He has a lot of endorsement deals including that of the sports betting company, Nairabet.

10. Emmanuel Iwueke is one of the most popular and influential Nigerian comedian with an estimated net worth of N25 million.

1 thought on “Emmanuel Iwueke ‘Craze Clown’ Biography – Age, & 10 Other Facts About Him”