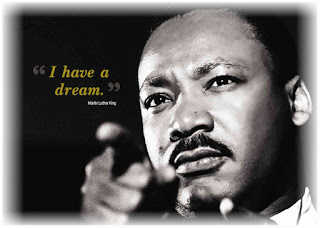 Marthin Luther King Jr., born Michael King Jr. at atlanta Georgia, U.S (January 15,1929 – April 4, 1968), was an American Baptist minister
and activist who was a leader  in the Civil Rights Movement.

He is best known for his role in the advancement of civil rights using non-violent civil disobedience based on his christian beliefs.

2.  I have a decided to stick to love…Hate is too great a burden to bear.

3.  Faith is taking the first step even when you can’t see the whole staircase.

4.  There comes a time when silence is betrayal.

5.  Our lives begin to end the day we become silent about things that matter.

7.  That old law about an eye for an eye leaves everybody blind. The time is right to do the right thing.

9.  Intelligence plus character- that is the goal of true education.

11.  No one really knows why they are alive until they know what they’d die for.

12.  forgiveness is not an occassional attitude, it is a constant attitude.

14. There is some good in the worst of us and some evil in the best of us. When we discover this, we are less prone to hate our enemies.

16. The quality, not the longevity of one’s life is important.

17. We are not makers of history. We are made by history.

18. Injustice anywhere is a threat to justice everywhere.

19. There can be no deep disappointment where there is no deep love.

20. Love is the only force capable of transforming an enemy to a friend.