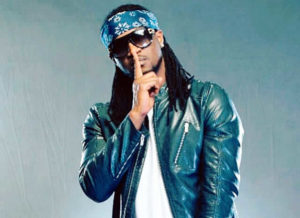 Paul Okoye known with the stage name Rudeboy is a Nigerian singer and songwriter born on November 18, 1991.

Rudeboy is one of the defunct music duo Psquare alongside his twin brother, Peter Okoye popularly known as Mr P before they both went on a solo career due to irreconcilable differences.

Ever since Paul Okoye went solo, he has also been doing quite well with numerous hit songs and lots of features.

This article is solely about Rudeboy ‘Paul Okoye’ Biography and Net Worth. Lets get to know more about him in full details.

Rudeboy who was born on November 18, 1981 in Jos, Nigeria, originally hails from Ifite, Dunu in Anambra state.

Rudeboy started his career with the music group Psquare alongside his twin brother, Peter Okoye. Their first album ‘Last Nite’ was a major success which was quickly followed up with another ‘Get Squared’. In fact Get Squared brought them to limelight with many hit singles on the album.

Busy Body, one of the songs on the album had gain massive airplay across the country becoming a major party starter. Nevertheless the music group was also known by their energetic dance steps in music videos.

They released another record selling album “Game Over” which featured several A-list artist across the world such as Akon in ‘Chop My Money’, Rick Ross in ‘Onyinye’ and T.I in ‘Ejeajo’.

Psquare became a force to reckon with in the industry while dropping albums for music lovers to enjoy from ‘Danger’ in 2009 to ‘Invasion’ in 2011 and ‘Double Trouble’ in 2014.

Rudeboy started his solo career and still not disappoint his fans. He has released numerous songs with more than a enough features. His recent song ‘Double Double’ featuring Olamide and Phyno was simply a top notch.

Rudeboy got married to his beautiful wife, Anita (Nee Isama) in 2014 and their marriage is blessed with three lovely children, Andre, Nadia and Nathan.

Paul Okoye ‘Rudeboy’ is one of the most influential Migerian performing singer with an estimated net worth of $1.3 million dollars.