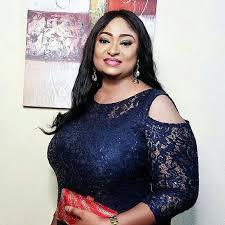 Ronke Ojo who is popularly known as Ronke Oshodi Oke is a Nigerian actress known for her exciting roles in yoruba movies.

She’s such a talent in terms of delivering her movie scripts and she has starred in over 50 films which include Asiri, Okun Ife, Ajiloda, Return of Jenifa, Isan Laye, Agbere Oju and many others.

Here are the other 5 interesting facts about her.

2. She attended both her primary and secondary education at Oworon shoki part of Lagos where she was born and raised.

3. She’s an indigene of Ondo state.

4. She started her acting career in a drama group called Star parade under the leadership of Fadeyi but rose to fame in 2000 with a role in the movie “Oshodi Oke”.

5. She got married to her husband, Sylvester Anthony Gbolahan in January 2009 and they both have a son.