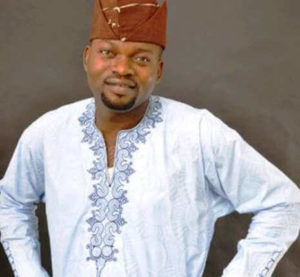 Kamilu Kompo whose real name is Adekola Tijani is mone of th most sought after yoruba actor in the movie industry born in 1975.

The Oyo state born actor is one of the talent to reckon with in the movie industry.

He is a comic actor, producer and director who has been able to carve a niche for himself.

Here are the 7 other things you don’t now about him.

2. He developed passion for acting while in priamry school between 1984 and 1989.

3. He once worked at a the bakery, cleaning bread cans to sustain himself.

4. He joined the theatre group in 1992 where he met with Olaniyi Afonja popularly known as Sanyeri.

5. He rose to fame in 2009 when he produced his first movie “Kamilu Kompo” which has remained a household name till now.

6. He is happily married with kids.

7. He has starred in numerous movies including Kootu Olohun, Ise Imole and many others.