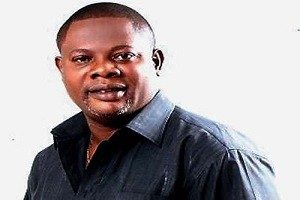 No one could ever dispute tha fact the Nigerian actor and producer, Yinka Quadri had made positive impact in the Nigerian movie industry most especially in yoruba movies.

He has been able to distingusih and carve a niche for himself in his excellent delivery of script and interpretaion of his roles in movies.

Here is everything you need to know about the talented actor.

He hails from Oke-Ola in Oroo Irepodun local government area in Kwara state.

He is from a polygamous family , where hsi father had 22 children before his death in 1994.

Yinka Quadri who had passion for architecture, began his acting career in 1976 where he formed a group “Afopina theatre group” along with Taiwo Olayinka.

Yinka Quadri have a very large family as he is married to two wifes and blessed with five children and grand children.

Three of his beautiful daughters we know are Folarin, Olajuwon and Yewande Quadri. His son Muyiwa Quadri is also one the fans of his dad as he said he loves to watch him on screen.

The talented actor is never relenting as he love what he does. here are some of his notable movies.

For his relentless effort, he has been nominated for numerous awards including

Here are the other interesting facts about him according to his son interviwe with Punch.

2. He is a close friend of the nollywood actor, Taiwo Hassan (Ogogo).

4. He is a music lover who loves listening to Hip hop, fuji and Juju