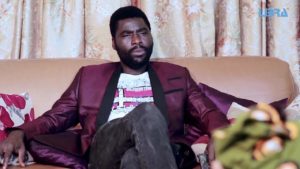 Born Abiodun Ibrahim Chatta on October 13, 1970, is a Nigerian actor, movie producer and director who is known for his roles in yoruba movies.

Ibrahim Chatta is an Indigene of Kwara state and also from a polygamous hime.

Prior to fame, he worked as a bus conductor where he struggled to meet his needs.

The handsome actor came to limelight for his role in the movie “Aiyekooto” and he had since featured in many nollywood films such as Mafi wonmi, Atini O’go, October 1 and so on.

According to reports, he divorced his first wife due to her non challant attitude. He got married again to another beautiful lady, Lizzy Berry in 2016.

Ibrahim Chatta who is also known for directing the 2006 film Odun baku, has won numerous awards including Best actor in a supporting role at Best of Nollywood awards (2012).

He has also worked with top actors across the country including Femi Adebayo. Lola Idije, Dele Odule, Peju Ogunmola and so on.