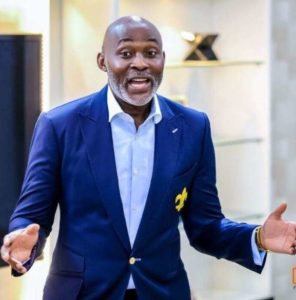 Mofe-Damijo was born in Aladja community of Udu Kingdom near Warri, Delta State.

Mofe-Damijo started his career as reporter with Concord Newspapers and Metro Magazine before he joined the Nigerian movie industry with his first role in the television soap opera “Ripples”.

He has also starred in more 100 nollywood movies such as Hostages, Out Of Bounds, Scores to settle, Diamond Ring, The Messenger, Wedding Party and so on. 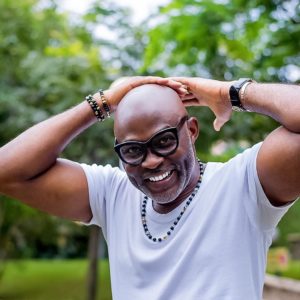 Aside acting, Mofe-Damijo was a commissioner for Culture and Tourism in Delta state part of Nigeria.

Mofe-Damijo was married to his journalist wife, May Ellen-Ezekiel before her death in 1996. He later married a television personality, Jumobi Adegbesan. Richard Mofe Damijo has 2 children from his previous marriage and 2 with his current wife.

Mofe-Damijo has won numerous awards such as Life Time achievement award at the 12th Movie Academy Awards (2016) and Special Recognition Award at the 2012 Best of Nollywood Awards.

Richard Mofe Damijo (RMD) is one of the most influential Nigerian actor with an estimated net worth of $7 million.