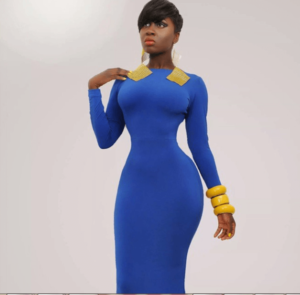 Princess Shyngle is a Ghana based Gambian actress born on December 25, 1990.

She attended Ndowa comprehensive for her primary and secondary education and she’s curremtly studying at Accra film school.

Her interest in acting came when she was told Nollywod producers are looking for an actor to represent Gambia in an international reality show ,”The Next Movie star Africa”.

She has featured in sevearl movies including “Why did i get married”.

In 2016, Princess Shyngle was reported to have collapsed in a mall where she was seen with four different types waist trainers.

Months after that, the curvy actress had an ailment where it was alleged that she had a kidney infection for the extreme use of waist trainers, a rumour she debunked immediately.

Moreover, she has said that her boy friend doesn’t like her on waist trainers.

Princess Shyngle Before And After Photos 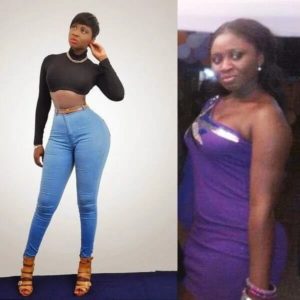 She has also been a subject of controversy for her curvaceous body with many saying she undergo a plastic surgery but the actress claims her glass figure is due to good dieting and waist trainers.