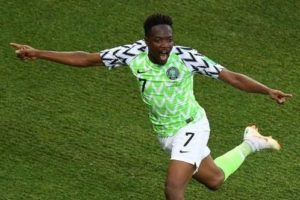 Ahmed Musa is a Nigerian professional footballer who plays as a left winger for the Englis side, leceister city.

Ahmed Musa was born on October 14, 1992 in Jos, Plateau state part of Nigeria.

Musa’s father is a muslim who originally is from Borno while his mother is a christian from Edo state.

After the death of his father, he was raised by a single mother along with his other siblings (four older sisters).

Musa who was supported by his mother to become a professional footballer, started his career in 2008 at the GBS football Academy before he was transfered on loan to the now defunct Nigerian football league side, JUTH FC.

Musa was again was on loan transfer to Kano Pillars in 2009-10 season, where he helped his team to a second place finish, scoring 18 golas in 25 appearances.

He joined the Russian side, CSKA Moscow on January 7, 2012 and on July 8, 2016, he moved to the Premier league team, Leicester city and scored his first goal in a club friendly against Barcelona in the 2016 international Champions Cup which ended in a 4-2 loss.

Musa returned back to CSKA Moscow on a loan transfer for the remainder of the 2017-18 season.

For his interantional career, he was called up in 2010 under Coach Lars Lagaback to join the Nigerian national team camp in preparation for 2010 FIFA world cup.

At the age of 17, Musa first made his senior national team debut on August 5, 2010 where he was featured in 2012 Africa cup of nations qualifying match against Madagascar.

The young forward is also among the Nigerian team for the 2018 FIFA world cup in Russia where he scored two goals against Iceland, a match Nigeria won by 2-0. 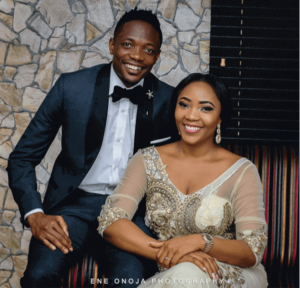 Ahmed Musa divorced his first wife and mother of his two children, Jamila and got married to a second wife, Juliet Ejue.

He and Juliet got married in tradition wedding in July 2017, at Ogoja, Cross River state. Several of his team mates were in attendance including Raheem Lawal and Onazi Ogenyi.

Ahmed Musa may not be the richest player in the country but he certainly enjoys a lavish lifstyle with houses in Jos, London and Moscow, He also has owns fleet of cars including a Range Rover Sport.

His net worth is estimated at a sum of $18 million.