Omoni Oboli is no doubt one of the most talented and highly sought after actress in the the Nigerian movie industry.

She is the second in a family of two girls and hails from Mosogar in Delta state.

She obtained a Bachelors degree in French language at the University of Benin.

Omoni started acting in 1996 with her first movie role in Bitter Encounter and further made her talent known in another movie titled “Shame”. She then went on to play the lead female character in three major movies; Not My Will, Destined To Die and Another Campus Tale.

She also played the lead roles in mainstream films such as The Figurine, Anchor Baby, Being Mrs Elliot and Fifty.

Ever since she came to limelight, she has starred in over 150 nollywood movies includingThe Duples, Lunch Time Heroes, The Wedding, Okafors Law, Brother’s Keeper, Enlargement, Bent Arrows and many others.

She has also produced movies such as Wives on Strike, First Lady, Fatal Imagination and so on.

The beautiful actress got married to her sweetheart, Nnamdi Oboli in 2000 and both have lived happily with three children. 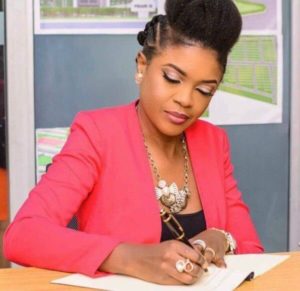 Omoni has been a leader right from her secondary school days where she was the head girl and president of Literary and Debating Society.

She has got so many nominations and received numerous awards for her effort in the industry, some of which include;