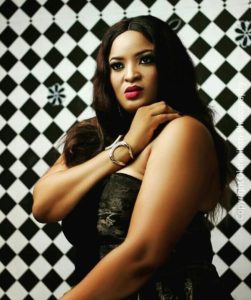 Olajuwon Sekinat Adewunmi who is simply called Olajuwon Adewunmi is a nollywood actress and movie producer born on November 21.

She’s a beautiful and well endowed actress known majorly for her roles in the yoruba movies.

She hails from Ilaro in Ogun state part of Nigeria.

She started acting in 1995 while joining the African spirit performing arts in 2005.

She came to limelight with the movie “21 years” and had since starred and produced several movies including Nurse Oyinda, Eewo, Omo Ghetto, Olrun O Joyin, Ayekaya, Posh, Oruka Aje, Eje Mi, Salako Alagbe and many others.

She’s married and also have a baby named Gabriel.