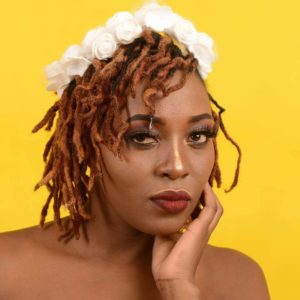 Nyce Wanjeri is a Kenyan actress popularly known as Shiru in Auntie Boss.

Nyce Wanjeri attended Komothai girls and University of Nairobi where she had her undergraduate studies.

Nyce Wanjeri do have a lovely family where she opened up to Parents magazine about her love life, struggles before fame and the challenges she faces as a mum.

Wanjeri revealed that she was forced to stay home when she had no job but despite everything, together with her husband Titus and daughter they still believe that God would come through for them.

Nyce Wanjeri situation changed for good after she got the main role for Auntie boss. Shiru as fondly called, has simply won the hearts of many Kenyans.