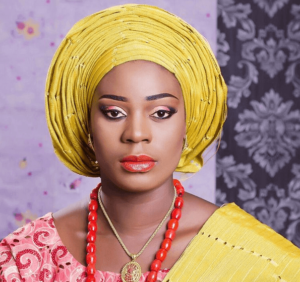 Motilola Akinlami Adekunle is a popular Nigerian actress, Movie producer and scriptwriter born on January 21 in the early 80’s.

Motilola is originally from Ondo state and grew up with her mother after their father, Cheif Bamikole Akinlami died in 1991.

Motilola started acting in secondary school while starring in stage plays but came through professionally in 2000 and got her first role in the movie “Basorun gaa” as produced by Adebayo Faleti. She also played the role of Bimpe in the soap opera “Share of the sun” as produced by the Handef. 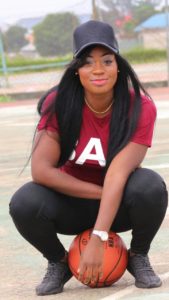 Motilola got her first lead role in the Yoruba movie “Imo” produced by Kunle Afod and has also starred in other numerous movies such as Onikaluku, Mirage, Ariwo Oja, Adaaba, Apo and so on.

Motilola is happily married to her air-force husband, Mr Adekunle and their union is blessed with two children. She met her husband during her service year in Kaduna in 2008/2009.

Motilola Adekunle has got some mouth watering endorsement deals which include being an ambassador to OURFOODIE Nigeria.

Here are the other things you don’t know about her.

1. She is a lover of the designer Chanel.

2. She loves to relax with her family.

4. She comes from a Christian background.