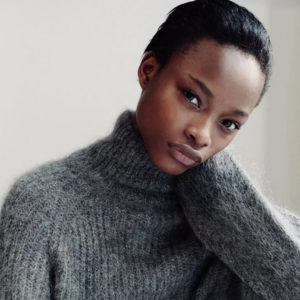 Mayowa Nicholas is a popular Nigerian fashion model born on May 22, 1998.

Nicholas is one of Nigeria’s biggest fashion export from getting her first Vogue cover to making her debut on Victoria’s Secret fashion show.

She’s known to be the first Nigerian model to appeared in a campaign for top brands such as Calvin Klein, Dolce & Gabanna and Yves Saint Lauren.

She’s quite beautiful with an amazing height of 5 feet 11 inches, Mayowa has been able to showcase her talent having walked runways for the likes Hermes, Prada and Dior.

Here’s everything you need to know about the astonishing young model.

Mayowa Nicholas is the oldest of the three children born in Ifako Ijaiye, Lagos state, to a Nigerian parents. 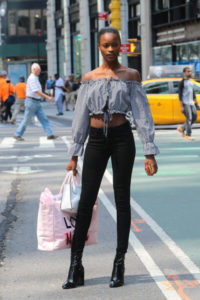 Nicholas started her career as a model while being scouted by Elite Model Look Nigerian team and got her big break after emerging winner of the Elite model look Nigeria 2014 at the age of 16.

Mayowa made her first runway season in 2015 where she appeared in shows for Calvin Klein, Hermes, Balmain and many others.

She became the first Nigerian model to star in a campaign for Dolce & Gabanna and Yves Lauren.

She also made her debut in the 2018 Victoria’s Secret fashion show.

Mayowa Nicholas net worth is currently not estimated.