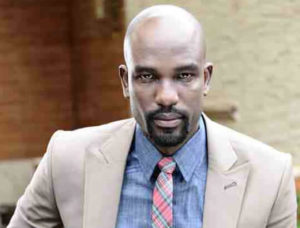 He is native of Edo state who came to limelight through the ‘Celebrity Takes Two’ Dance reality show where he styled top celebrities and also for his brand Mai Atafo Inspired.

Mai Atafo is an inspirational fashion designer and a goal getter who knows what he wants and strives hard to achieve it. With this in mind, most people wants to know more about his biography, his collections and designs including suits and wedding dresses, his contact or even his wife. Below are the answers to all your questions.

Mai Atafo is a professional designer born in Ile-Ife, Osun sate into a family of 10, 6 brothers and 2 sisters.

He attended University staff school in Benin and Federal Government College, Ido-Ano in Ondo state for his primary and secondary education.

Mai obtained a Bachelors degree in Agricultural Economics and extension from Edo State University, Ekpoma and a masters degree in Information Systems and Technology from City University, London.

Mai Atafo returned back from the UK in 2002 where he had spent 7 years working in different positions in the marketing department at British American Tobacco Nigerian to Guiness Nigeria PLC in 2007. He left his role as a Senior brand manager in 2010 to venture into fashion full time.

Mai Atafo got married to his sweetheart, Christine Atafo and their union is blessed with a beautiful daughter. He is also a lover of music and sports.

Mai Atafo has been recognized for his efforts and contributions through his designs and styles in the fashion industry. He has won numerous awards which include: