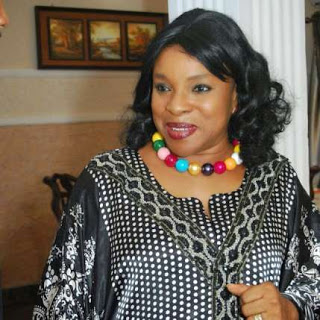 
She attended Sylvania state College in United states and obtained a degree in Dramatic Arts.

Liz Benson is one of the pioneer of the Nigerian movie industry as she started acting at the age of five years.

She came to limelight after featuring in the television soap opera “Fortunes” in 1993.

The talented actress captured the attention of movie lovers and rose to prominence with her intriguing role in “Glamour Girls”, a home video film that focused on the theme prostitution. 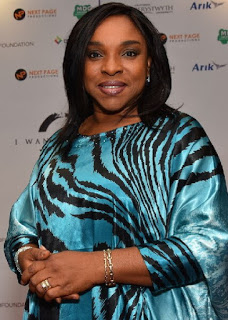 She has acted in more than 200 nollywood movies including Toko taya,
Political control, Lizard life, dearest mummy and many others.

Just
when she began to soar higher in the industry, she suddenly quit acting
in 1996 and became a born again christian while preaching the gospel.

Liz
Benson lost her husband, Samuel Gabriel Etim in 1998 and decided to
re-marry. She got married in 2009 to Bishop Great Emeya at the Rainbow
Christian Assembly in Warri, Delta state. Her husband is a pastor while
Liz Benson is an Evangelist.

Liz Benson has won several awards
such as Best actress of the year at the Africa magic viewers choice
awards and her net worth is estimated at $700,000.