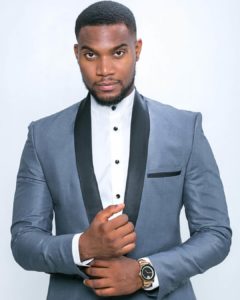 Kunle Remi was born in Benue state but originally hails from Ekiti state.

He is the second child in a family of 6; his father an engineer while his mother is a school proprietress.

He grew up in Ibadan where he had his primary and secondary education and had studied Fishery and wild life management at University of Ibadan before he deferred the admission for Tourism and Hospitality management at Shefield University. He also obtained a degree from the New York Academy, Los Angeles.

Kunle Rhemmy as professionally known started acting in his church at Ibadan where he was the drama leader but began professionally in 2009 while starring in both soap operas and television shows.

He rose to fame after emerging winner of the Gulder Ultimate Search season 7 “The Ultimate Hero” in 2010 and since then he has been a force to reckon with in the industry.

Kunle Remi also represented Celebville 360 at the 2013 Oscar nomination ceremony held at Samuel Goldwyn theatre Beverly Hills, Los Angeles. He was also a television host for “For the 18+ show”.

Kunle Remi and nollywood actress, Adesua Etomi have been said to be in a romantic relationship before Adesua got married to the singer, Banky W, an allegation which Kunle denied while saying they only played out a role in a movies.

However, Kunle recently welcomed a baby boy but the identity of his wife is unknown.

Kunle Remi has starred in more than 150 nollywood movies which include: