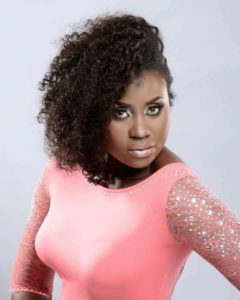 Keira grew up with her mum, Elizabeth Hewatch who was a single parent and a teacher with the police force and her father a missionary.

She studied Travel and Tourism and Hospitality Management at the Graduate school of management after her family relocated to Ghana in 2005.

Keira’s passion for acting as a child was soon influenced at the age of 5 after watching the Sound Of Music.

After she finished her studies, Keira had to spend another year in Ghana trying to breakthrough into the entertainment industry but all was to no avail as most of the roles had involved speaking the local dialect. 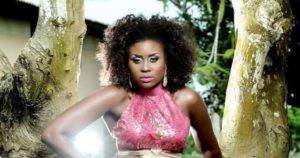 In 2007, Hewatch returned back to Nigeria to continue pursuing her acting career and then she got her first break in the television series “Cross Roads” alongside Kate Henshaw as produced by Emeka Ossai. She also starred as the lead character in the movie “Kajola” alongside Desmond Elliot as directed by Niyi Akinmolayan.

Keira finally came to limelight for her role as “Keche” in the movie “Two brides and a baby” starring the likes of OC Ukeje, Stella Damasus- Aboderin, Chelsea Eze and Okey Uzoeshi.

She has also starred in more 50 nollywood movies which include; After The Proposal, The Perfect Plan, Couples Game, In The Name of Trust, Lies Men Tell and many others.

Keira has won numerous awards such as Best Nollywood Award for Best Breakout Performance in 2011 and got nominated twice for the Golden Icon Academy Awards (GIAMA).

Keira Hewatch is not married but she’s definitely in a relationship. She’s the type of actress that keeps her private life personal.