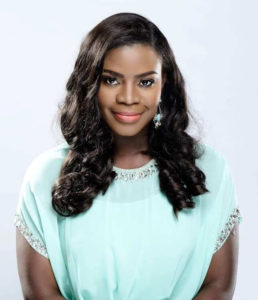 Katherine Obiang is a Nigerian actress, on-air-personality and television presenter known for her role in “Journey to self” alongside Dakore Egbuson Akande and Tosin Sido.

Katherine was born on May 17 to a Cameroonian father and a mother from the Efik tribe part of Nigeria.

She is an accountant graduate who first worked as a television presenter for Nigerian television Authority (NTA) on AM Express and also with Nigeria info 99.3fm.

Katherine delved into acting and starred in movies such as “Lekki Housewives”, “Journey To Self” as produced by Tope Oshin Ogun. The movie also stars the likes of Ashionye Michelle Raccah, Carol King, Chris Attoh, Femi Jacobs, Femi Brainard, Kalu Ikeagwu and many others. 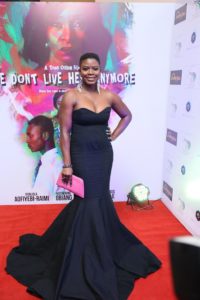 Katherine got married to former host of television show “Who wants to be a millionaire”, Frank Edoho before they parted ways. Their union is blessed with three lovely children.

Katherine Obiang has got so many nominations including Nigerian Broadcasters Merit Award for Outstanding Radio Program Presenter.