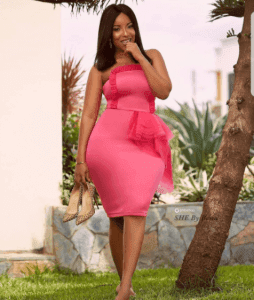 
Relationship and other facts about Joselyn Dumas

1. She was raised by a single parent as she was single handedly raised by her mother and according to her there has been no relationship  whatsoever with her father.

2. She is a lawyer by profession. Although she obtained a degree in Aministrative law in United states where she studied for 8 years and had practiced paralegal before she relocated to Ghana, source revealed that she developed her entertainment talent and skill at her basic education.

3. She ws introduced into the media by Kofi Okyere Darko (KOD) who is also a radio presenter and a close family.

This led her abandoned her law practice as started as teleivision host of Charter House’s Rhythmz, an entertainment show which saw her interviewed many celebrities around the world.

4. Joselyn Dumas was once married, divorced and also have a daughter named Senia.

Up till this moment she’s yet to reveal the cause of the failure of her marriage.

5. I’m sure many did not know she was the bride in Lynxxx “Fine lady’ video featuring Wizkid.

Joselyn Dumas roe to fame with the Shirley Frimpong – Manso movie series ‘Adams Apples” where she played the role of ‘Jennifer Adams’ and got nominated for Best actress alongside Kimberly Elise at the 2011 Ghana Movie Awards.

She co-produced one of the most prestigious beauty pageant in Ghana, Miss Malaika Ghana from 2008 to 2010.

The talented tv host is a brand ambassador of Range Rover Evoque Ghnaa and Jobberman Ghana.

Below are some of the movies she has featured on: 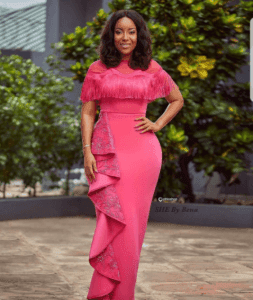 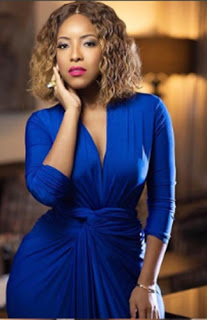 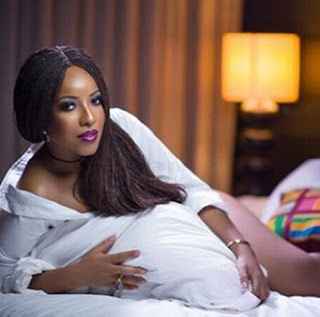 With the super amazing talent, she already boast of 9 awards and a total of 12 nominations which includes; Blog Ghana awards, GN Bank Awards, Ghana Movie Awards, Golden movie awards, Radio and television personality award and so on