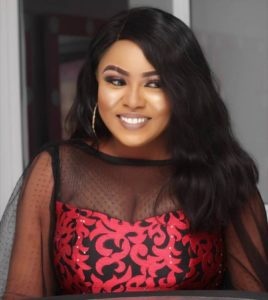 Folorunsho Adeola popularly known as Arike Gold is one of the nollywood actress with beauty and brain.

She has an amazing personality that would grab your attention at the first glance.

Folorunsho has got that magical touch in interpretation of roles which blends perfectly well with her movie acting body attitude.

Why don’t you read more to get to know more about her biography, date of birth, career and more.

Folorunsho Adeola is a fast rising Nigerian actress, movie producer and entrepreneur known for her intriguing roles in the Yoruba movies.

Arike was born on November 22 and hails from Abeokuta part of Ogun state.

She grew up in a polygamous family and has 5 siblings, two girls and three boys.

She completed her secondary education at Catholic Comprehensive Grils High school, Onikolobo, Abeokuta and studied Mass Communication at Moshood Abiola Polytechnic before she went to get a degree at the University of Ibadan where she read Philosophy. 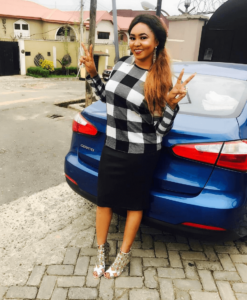 Folorunsho who sighted Omotola Jalade Ekeinde and Omoni Oboli as her role model, started acting at a very early age while doing stage plays. She came through professionally when she joined Latin Film School owned by Bolaji Amusan.

Arike who has been in the movie industry for more than 10 years, has also produced more than 3 movies which include Eniola, Ike and Twin sisters.

Ever since Folorunsho came to limelight, she has starred in more than 100 movies which include; Torera, Asiko, Orisun, Baba Be, Alani Pamolekun, Kara, Iranketa and many others.

Aside acting, Folorunsho is also an event planner who holds annual event in the Rock City tagged Couples Times Out.

Folorunsho Adeola has won numerous awards in the course of her career such as Most Promising Actress at 2015 Scream Awards and got nominated for Film Revelation of the Year in 2016.