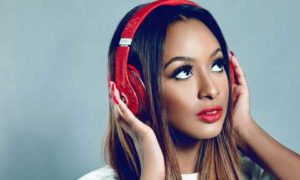 She is the daughter of Nigerian billionaire oil magnate and entrepreneur, Femi Otedola (father) and her mother’s name is Nana Otedola.

She grew up in Lagos and had lived in Ilupeju for six years before moving to Ikeja. She relocated to London for her GCEE’s and A-Levels where she obtained a bachelor’s degree in Economics from Kings College London and a master’s degree in Music business from New York University.

Cuppy began her music career at a very tender age and as at the time she turned 18, she was already producing her own tracks and Djing around the world.

In July 2014, Cuppy released her first compilation mix “House of Cuppy” which was alunched in London, Lagos and New York. The mix saw her pioneer a fresh new sound which she called “Neo-Afrobeats”, a blend of tropical House and Afrobeats sound.

In August 2015, he had her first DJ tour to 8 cities in Africa titled “Cuppy takes Africa”. She went to countries like Nigeria, Ghana, Tanzania, Rwanda, Uganda, Kenya, Senegal and South Africa.

Cuppy was formerly in a relationship with Nigerian player Victor Anichebe.

Cuppy won the Best Femal DJ at NEA Awards and was nominated as Female DJ at ELOY Awards.

DJ Cuppy is one the most influential female disc jockey in Nigeria with an estimated net worth of $1 million.