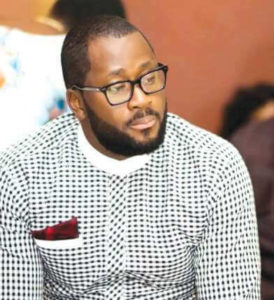 Desmond was born to a yoruba father from Olowogbowo in Lagos Island, Lagos and a Igbo mother from Illah village in Delta state.

He was raised in a polygamous family as his father had two wives and 11 children.

He attended Air force primary school and Saint John College for his primary and secondary education respectively. He obtained a degree in Economics from Lagos State University.

Desmond came through with his acting career in soap operas such as Everyday People and One Too Much. He made his nollywood debut in the movie “Jesu Mushin”.

The handsome actor has starred in over 150 nollywood movies such as Magic Love, True Romance, Power of Trust, Missing Angel, For Real, Above Love, Hold Me Down, Men Who Cheat, Fine Things, Double Game, Kiss and Tell, Flling and many others.

Aside acting, Desmond had declared his intentions in September 2014 to run for Lagos State House Of Assembly under the All Progressive Congress party (APC) and eventually won the Surulere Constituency in the Pril 11, 2015 Nigerian General Elections.

Desmond Elliot got married to his lovely wife, Victoria Elliot in 2003 and their union is blessed with four children (Two twins; three boys and a girl). Victoria is a movie distributor and both of them co-own Denziot Productions, a movie production firm.

Desmond Elliot is one of the best paid artistes in Nigerian with endorsement deal with Globacom. He has an estimated net worth of $10 million dollars.