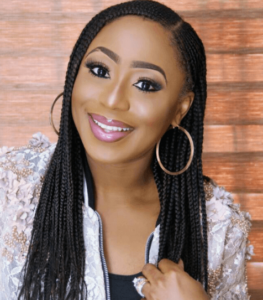 She is the first child of her parents and has a brother Timini Egbuson, a nollywood actor, model and presenter.

Dakore Akande is originally from Bayelsa state but grew up in both Lagos state and Bauchi sate part of Nigeria.

She attended Corona School in Lagos and Federal Government Girls College in Bauchi for her primary and Secondary education respectively. She also studied Mass Communication at the University of Lagos but eventually dropped out.

Dakore joined the Nigerian movie industry in 1999 and rose to fame in 2015 after starring in the movie “Final Game”. 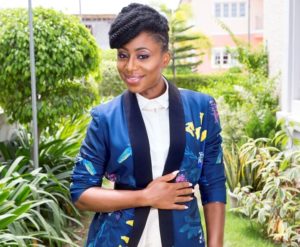 Dakore Egbuson has featured in more than 100 nollywood movies which include Emotional Crack, Playboy, Silent tears, Isoken and many others.

Dakore who acts mostly in romantic movies has worked alongside Ramsey Noah, Jim Iyke, Desmond Elliot, Chidi Mokeme, Tope Tedela and Ken Erics. She also worked with prominent actresses such as Omoni Oboli, Diana Yekini, Ireti Doyle and so on.

Dakore got married married to her husband, Olumide Akande on January 17, 2017 and their union is blessed with 2 children.

She is a very beautiful and talented Nigerian actress with one of the highest band endorsement deal such as brand ambassador for Amnesty international, Amstel Malta and Oxfam of America.

Dakore Akande is one of the most influential Nigerian actress with an estimated net worth of $800,000.