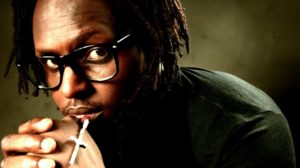 Clarence Abiodun Peters who is popularly known as Clarence Peters, is a Nigerian music video director and Cinematographer born on December 20, 1983.

He attended BI primary school and Government college Ikorodu for his primary and secondary education respectively.

After completing his secondary education, Clarence worked at Alpha visions for three years.

Clarence who has passion fo what he does, has sited the likes of Steven Spielberg, Hype Williams, DJ Tee, Akin Alabi, Sesan, Wudi Awa, Kemi Adetiba, Aje as people he admires.

He is also the CEO of Capital Hills records, which housed some artists like Tha Suspekt, Illbliss and Chidinma.

Pictures – Clarence Peters at the studio 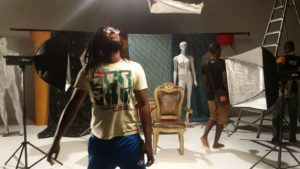 Clarence Peters has done so many great works including directing 40 episodes of the TV series, “Everyday People” and also shot the music video for Shuga’s theme song featuring the likes of Wizkid, Banky W, P-unit and L-tido.

He is also the brain behind the video of many popular songs like Davido’s “Dami duro”, Yemi Alade’s “Johnny”, Chidinma’s “Emi ni baller”, Harrysong’s “Under the duvet”, Kiss Daniel’s “Yeba” and so on.

Clarence does not have a wife for now mbut definitely plan to marry someday.

Clarence Peters net worth is still unknown, you can check back later.