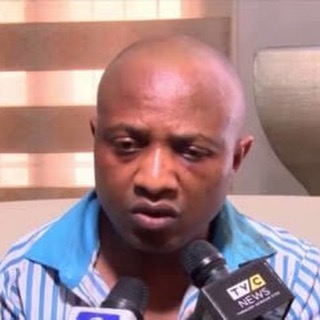 There were a lot of reproted cases in 2017 and while some were solved, some had remained unsolved.


The crime stories in 2017 were happenings of murder cases and armed robber attack, corruption, sexual assault, kidnapping and so on.

Some of the bad happenings were of course shocking, scary, silly andd stupid while some had generated a lot buzz in the country.

One which is still fresh in our memories is the killing of a former reality show winner, Hector Jobatech and the arrest of his killers.

360dopes.com bring you a reveiew of the biggest crime stories in 2017 as we entered into a new year.

The Evans arrest top the list as it became one of the most trending on the social media platforms.

For a long time, Evans whose real name is Chukwudi Dumeme Onuamadike, has been one of the most wanted criminal in the country as he has been tagged the brain behind the biggest kidnap for ransom crimes.

Evans who lived in a mansion in Magodo area of Lagos state and had sevearl real estates assest both within and outside the country, was said to have worth millions of dollars.

The kidnapper was just so difficult to get by the police as he is belived to have a strong connection backed up with sophisticated technology but on this very day luck ran out of him when he was caught at his Magodo mansion by the Special Police Intelligence Response team working with officers from the Lagos State Command.

Of course a lot of unbelievable stories were heard during his confessions after he was caught but belive me he became a social media celebrity, even his Mansion became a tourist site after his arrest.

He is now standing trial for sevarl charges and up till this moment, any piece of news about Evans will instantly become a hit for amazing traffic.

We still remeber the Imo bank robbery video which went viral sometimes ago and the heroics of sergeant Chukwudi Iboko at his duty post at the bank.

Everything was going on well until a black saloon car entered the bank premises and sudeenly things changed.

Four men came out of vehicle wuth three of them holding a gun.

The video had showed the first person fire a shot from the vehicle of which many people at the entrance flee away but the robbers were enaged in a gun battle. Security men at the bank entrance also fire shots at the car windows.

It was later revealed by the Imo state Police command that due to the multiple gunshot injuries sustained by Iboko, he succumbed to his inhuries two months later while in intensive care. 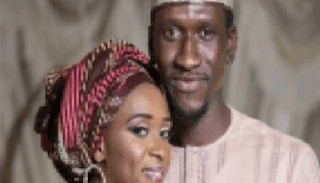 2017 witnessed many cases of domestic violence reports but the one that was known was that of Bilyamin Muhammed Bello who was allegedly stabbed to death by his wife, Maryam.

The whole secnario started following an allegation of infidelity against Muhammed

It was reported that Maryam saw a text message on the deceased’s phone which got her angry and allegedly stabbed her husband three times in the back and severally on his private part at heir hime in Miatama, Abuja.

She is still being remanded in prison on the orders of a court in Abuja.

The late Bilyamin is the son of former PDP chairman, Haliru Bello and Maryam is the daughter of former Aso savings boss, Hajia Maimuna Aliyu.

4. Anambra Church Massacre
This is a case of war within the Ozubulu community in Ekwuisigo local government area of Anambra state.

It was a Sunday service when gun men stormed the St. Philip Catholic Church which left everyone in tears.

After the gun men had shot at their targeted victims, they still went on to shoot aimlessly at others, killing other worshippers.

Eleven people were killed in total while others were left injured.

At first everyone were confusesd when it all started thinking that the attack was carried out by Boko Haram but it was later discovered that the attack was from the native of the area and its a quarrel between two natives of Ozubulu residing overseas.

According to the commissioner of police to the governor, he said it was very wrong for the perpetrators of the act to extend the whole conflict to the church.

The residents of Ikorodu part of Lagos state will never forget how they suffered in the hands of the dreade cult members called “Badoo”.

During this time, residents of the area wake up every morning to see the brutality of these dreade cult group as many families were murdered.

Police had a very tough time to deal with the perpertrators of these crime but here came the new commissioner of police, Imohimi Edgal who mapped out some ways in curbing the crime.

He went on to demolish shrines and suspicious hide outs and arested suspected members of the group.

Gradually the crime started to reduce but the saddest memeory of the Badoo story was when the residents of the community resorted to jungle justice against every suspect they caught.

One of the innocent person that was killed was that of the comedian, Chidenu Paul who was burnt to death on his back from a show he attended.