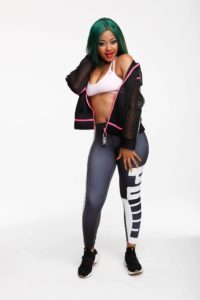 Babes Wodumo was born in Durban and grew up in Lamontville with her grandmother and in a flat in Durban’s CBD with her parents.

Wodumo was first known in the music scene in 2014 after featuring on the Sir Bubzin song “Desha” and rose to prominence as a solo artist in 2016 with the release of her hit single “Wololo”.

Aside singing, she’s also known for her special dance moves which had attracted a lot of fans in the country.

She also appeared in Black Panther: The Album on a song called “Redemption”.

She was formerly signed to Mampintsha’s West Ink label and is also devoted to it and its parent company, DJ Tira’s Afrotainment. 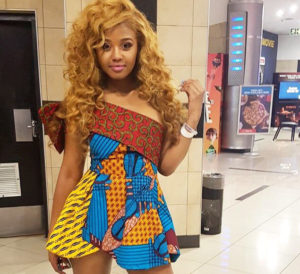 She also started her own record label “Wodumo Entertainment”.

She is the founder of the West Ink Dance Academy that gets kids off the streets and onto the stage with her.

Babes Wodumo got engaged to Mampintsha, a member of the kwaito group Big Nuz and later parted ways.

Babes Wodumo has got a lot of achievement which is also accompanied with accolades. She was nominated for the 2017 BET Award for Best International Act: Africa.