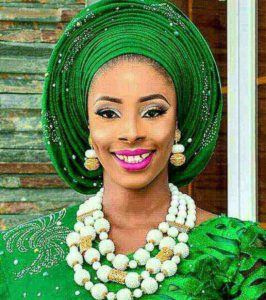 Aishat Oladunni Lawal who is simply called Aisha Lawal is an award winning Nigerian actress, movie producer and entertainer known for her excellent delivery of scripts in yoruba movies.

She’s not only beautiful, she’s tall and multi talented, aside acting, she’s also a caterer and seasoned MC.

She obtained a law degree at Lead City university and also a second degree in Public administration.

She has starred in quite a number of movies including shadows, Iyi, Okirika, Iyawo kan and the recent one Simbi Alamala.