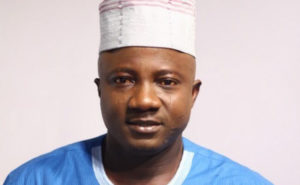 Born Olaniyi Mikail Afonja on October 14, 1974, is a Nigerian actor and movie producer known for his roles in yoruba movies.

Olaniyi Afonja who is popularly known as Sanyeri is a multi-talented actor born in Oyo state as the first child of his parents.

He attended St. Michael primary school and Durbar Grammer school for his primary and secondary education.

He started acting professionally in 1992 but rose to fame after his exciting role in the movie “Iya Opakan”.

Ever since he came to limelight, he has starred in numerous movies which include

Olaniyi got married to his beautiful wife, Hawawu Omolara Afonja and their union is blessed with two children.