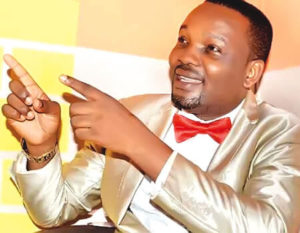 Yomi Fabiyi is a talented Nigerian actor, MC, movie producer and director born on May 31.

Yomi Fabiyi who hails from Abeokuta in Ogun state, grew up in Shomolu local government in Lagos state.

He attended Odunlade primary school and Igbobi college in Shomolu for his primary and secondary education.

He was introduced into acting by veteran nollywood actor, Babatunde Omidina popularly known as Baba Suwe and made his debut in 2001 in the movie “Obelomo”.

He has starred in numerous movies namely; Ebi Iku and Metomi alongside Toyin Abraham.

He has also been opportuned to work with the likes of Hafiz Oyetoro “saka”, Keji Yusuf, Kemi Afolabi, Desmond Elliot, Jide Kosoko, Ayo Mogaji, Hakeem Rahman and so on.

Yomi Fabiyi got married to a British woman identified as Fran but they eventually parted ways after four years without a child.