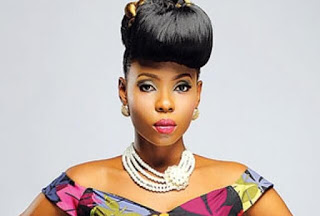 Who is Yemi Alade?

The Afropop singer who hails from Abia state part of Nigeria ws born to a Yoruba father and Igbo mother, hence the name Yoruba-Igbo girl.

Yemi Alade who is the fifth of the seven children in her family, attended Saviour British primary school and Victory Grammar school for her primary and secondary education respectively. She also went to University of Lagos where she studied Geography.

Yemi Alade who started out music in 2005 with the group “Noty Spices:, becam known after emerging winner of the Peak Talent show in 2009.

She signed onto “Effyzee Music group’ record label in 2012 where she released her first single “Ghen Ghen love”.

She She followd it up in 2013 by releasing the video for her romantic Afrop – R&B wedding theme song “Bambo” which was produced by Fliptyce.

She finally rose to fame with her record breaking hit single “Johnny” produced by Selebobo.

She has also been featured on the covers of several magazines and performed around the world, sharing stages with the likes of Mary J Blige, Sir Shina Peters, Becca, M.I, Wizkid, May D, Waje, Yemi Sax and so on.

She was also featured on Yung6ix song “Lights” and also on the remix of “Sebiwo” by the Beninese Afropop star, Lace.

While still basking in the successs of “Johnny”, Yemi Alade waste not time to put her feet on the ground in the Nigerian music industry with the release of another single entitled “Tangerine” featuring talented singer and music producer, Selebobo. 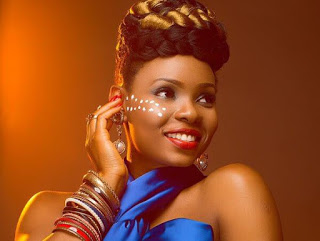 She is a brand ambassador for digital ticket Company Nairabox.

Her net worth is estimated at a sum of $4.9 million USD.