Multi-talented Nigerian music sensation, Oluwatobi Wande Ojosipe known with the stage name Wande Coal, is one of the popular face in the industry giving upcoming artiste a platform and a hope to achieve greater heights.

Wande Coal is a singer and songwriter with different genres of music from Afro-pop to Afro-beat and R&B.

He can be easily differentiated among other singers with his amazing vocals and unique sound of music.

Why don’t you read on to know more about Wande Coal’s Biography in full details.

Wande Coal was born on October 18, 1985 in Lagos Island part of Lagos state.

He is the first of the two children born to his parents, Chief Ibukun Olufunto and Omolara Oluwayenisi Ojosipe.

He attended Staff Nursery and Ijaniki primary school for his elementary education and Federal Government College Lagos for his secondary education. He also obtained a degree a degree in Curriculum Studies at University of Lagos. 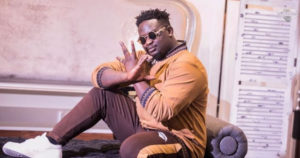 Wande Coal started his music career at a very tender age while singing in the church choir.

He started off as a dancer but soon showcase his talent as a singer to the whole world.

Wande caught the attention of Don Jazzy and was signed to Mo’ Hits Record label in 2006.

He began to feature on D’Banjs’s Rundown/Funk up album on singles such as Loke and Tonosibe.

However, Wande came to limelight for the single “Ololufe” off the Curriculum Vitae album. A song which was considered to be of the greatest Nigerian love songs ever written by a Nigerian. He followed it up with his Mushin to Mo’Hits debut album which widely accepted across the country.

The Mushin To Mo’Hits album was exceptional and one as such that Nigerians would never forget for its loads of hit songs such as Bumper to Bumper, Ten Ten, You Bad, Taboo and Who born the Maga.

Wande has worked with top artiste such as Wizkid, D’Prince, Naeto C, Dr id and so on.

Don Jazzy and D’Banj soon parted ways which led to the end of Mo’Hits and unveiling of a new record label called “Mavins records” by Don Jazzy.

Mavin records came into being with some artistes signed under the new imprint which include D’Prince, Dr Sid, Wande Coal and the inclusion of Tiwa Savage as Mavins first lady. Also some other young artiste were introduced which include; Korede Bello, Reekado Banks and Di’ja.

Wande left Mavin Records in 2013 and released a single called “Baby Face” which created a controversy between him and Don Jazzy. He was away from the music scene for a while before he dropped his sophomore album “Wanted” which was rated slightly above average.

Ever since Wande parted ways with Mavin Records and unveiled his own label “Black Diamond”, he has been releasing hit songs back to back from My Way ft Maleek Berry, Ashimapeyin, Same Shit featuring AKA, Iskaba ft DJ Tunez to Ballerz And of course the recent one Turkey Nla.

Like seriously, the effort of this young and energetic singer deserves some accolades and here there is absolutely nothing short of expectation as he has received numerous awards which includes:

Wande Coal is one of the most influential Nigerian singer with an estimated net worth 0f $1.7 million dollars.