Sika Osei is from the Ashanti region in Ghana and had lived in different parts of the world including South Africa, India, Lesotho and America.

She obtained a Bachelor of Arts degree at the University of Ghana and also pursued a law degree at GIMPA.

She is an ambitious and goal driven personnel with a robust CV of being an entrepreneur, TV host, magazine publisher, Lawyer, publicist, actress and movie producer.

Sika Osei started her career as a television presenter. She became known as the host of an entertainment show “Phamous TV” which came up after she met with the director, Gyo during her days as a Magazine publisher.

She also followed it up as the co-presenter of studio 53 extra.

Sika sure knows how to slay on TV while hosting red carpet events such as the Channel O News Live in Accra and also covered the Glitz Africa Fashion Week for StarGist on DSTV.

Aside being a presenter, she is also an actress who has starred in nuemrous movies such as 3 Nights Ago, Inline, Sidechic Gang and Grey Dawn directed by Shirley Frimpong Manso.

Her talent is not limited to acting, she has also produced movies such as Guilty and 3NA. 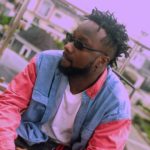