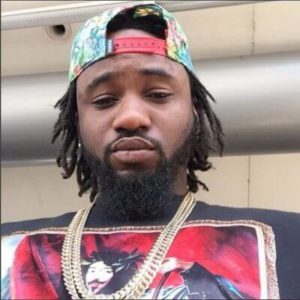 Sauce Kid whose real name is Babalola Falemi is a popular Nigerian singer and songwriter born in Lagos state.

Sauce Kid is well known for his style of music; fusion of Nigerian slang with western flows.

He was able to change the face of Nigerian hip hop scene with this exceptional talent.

Sinzu eventually got street credibility among music lovers and became a force to reckon with in the industry.

His Swags, Unique voice and talent had paved way for him in the music industry.

He went to the US after his secondary school education where he hooked up with a music promoter and talent manager, T-Billion now known as Tee-Billz. Sinzu and Tee-Billz created a music company named Q Beats.

He rose to fame in 2005 with his single “Omoge” featuring music legend, Mike Okri..

He became a household name, having carved a niche for himself in the music industry with many hit songs. 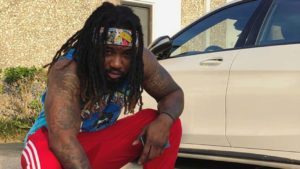 One of his songs “Yebariba” (a cover of Remy Ma’s ‘Conceited’), still remains one of the amazing songs created in the country.

Sauce Kid also introduced Davido into the music scene after featuring him on the single “Carolina”.

He is one of the most gifted rappers in Nigeria before he went to jail.

He was arrested and sentenced to prison for fraudulent activities of which he was released after two years. The rapper revealed that jail has actually been productive for him as he wrote over 300 songs.

Sauce Kid ‘Sinzu’ was then signed by Davido to his DMW record label of which he released the song Zu Levu.