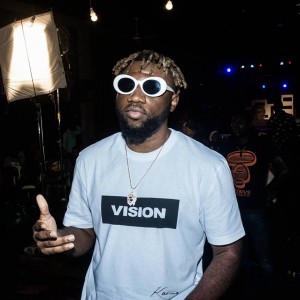 Mut4y whose real name is Okiemute Oniko is an award winning Nigerian singer, songwriter and producer born on May 27, 1989.

Mut4y is well known as half of the Legendury Beatz, a songwriting and record producing duo alongside his brother Uzezi Oniko.

Being signed to Wizkid’s Starboy music label, he has been showcase his production skills with many hit songs in Nigeria.

He is simply a versatile artist with his production style deeply rooted in afro-beat and other music genres including Hip hop, R&B and Afro-pop. He also play other instruments like Sampler and drums.

Mut4y alongside his brother were raised on afro-beat, fuji and all variations of Congolese music from African icons such as Fela Kuti, Angelique Kidjo, Lagbaja, Awilo Logomba and so on.

Legendury beatz came to limelight in 2009 after they met with Weird MC, a Nigerian female rapper and songwriter. They produced her singles ‘Happy Day’ and ‘Moving Up’.

They are also known for producing many hit songs across the country such as Brymo’s “Ara”, Mo’Cheddah’s “Ko Ma Roll”, Chidinma’s “Emini Baller”, L.A.X’s “Ginger”, Wizkid’s “Caro” and “Ojuelegba”.

With their extensive work with Wizkid, Legendury Beatz was signed to Starboy Entertainment on April 29, 2013.

Mut4y’Legendury Beatz’ won The Headies award in 2015 for ‘Ojuelegba’.