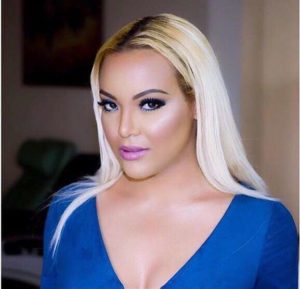 Sarah’s father is a Nigerian while her mother is from Hungary.

She obtained a diploma in Psychology from the University of Jos and also attended the London school of Beauty & Make-Up.

She’s quite beautiful and also has an attractive body figure which she never hesitate to flaunt even as a beauty specialist.

Sarah has her on shoe brand, Kantona and had also worked on television documentary “Road Trip Nigeria”. She appeared in the television series “Do Good” produced by Basorge Tariah Jr. 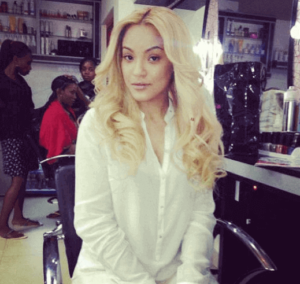 Ofili eventually came to limelight in 2011 when she got engaged to Nigerian rapper Ikechukwu in 2011 before they finally parted ways in 2012 on the basis of infidelity.

Ikechukwu had accused Sarah of cheating on him with the fellow rapper Terry Da Rapman, an issue which was soon blown out of proportion.

However, Sarah and her siblings had warned Ikechukwu not mention their names in any of the issue on social media.

Sarah Ofili moved on with her life and got married to Seigha Adukeh in a private traditional ceremony at Asaba, Delta state.

You can reach out to her on Instagram @officialsarahofili